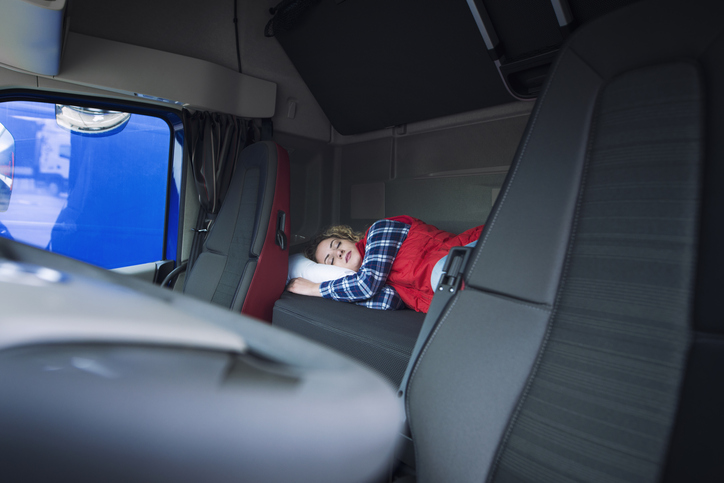 In recent weeks, the Federal Motor Carrier Safety Administration met for its annual Trucking Safety Summit, where it laid down plans for forthcoming HOS rules for the trucking industry. One of the summit’s major takeaways shines a light on new hours-of-service regulations set to go into effect on September 29.

Among the new nationwide HOS rules that start at the end of September, truck drivers will be permitted to split up off-duty time thanks to a revised sleeper berth provision. The FMCSA is also trying out a pilot program that gives drivers the option to pause the on-duty clock for anywhere from 30 minutes to three hours without using the split-sleeper berth provision.

Along with the sleeper berth provision changes coming at the end of September, the FMCSA Rules loosen restrictions to the short-haul exception, creating more flexibility for truck drivers who come across adverse driving conditions, and a change in what counts toward a driver’s mandatory half-hour break.

On August 22, 2019, the FMCSA published a Notice of Proposed Rulemaking (NPRM), focusing on drivers’ hours of service that proposed certain changes to provide more flexibility for truck drivers. As part of the rulemaking, the FMCSA proposed that a single off-duty break between 30 minutes and three consecutive hours may be omitted out of the 14-hour driving window, provided the driver has at least ten consecutive hours off-duty at the end of their shift.

The FMCSA explained that a pause of up to three hours provides more flexibility than is allowed under the current FMCSA rules. The pause would have allowed drivers to take an off-duty break without fear of working while exhausting their available hours under the 14-hour clock. In turn, this would have also allowed them to get additional rest or avoid traffic.

While the FMCSA’s HOS rules have been mostly well-received, there has also been opposition to the hours-of-service reform.

The Teamsters joined the Advocates for Highway and Auto Safety, the Citizens of Reliable and Safe Highways, Parents Against Tired Truckers, and the Truck Safety Coalition to file a petition for reconsideration this past June.

The organization penned a letter stating the weakening of the hours-of-service rules would “undoubtedly endanger the lives of truck drivers and the citizens with whom they share the roads every day.”

Despite claims from the FMCSA that the amendments would empower truck drivers to make their own choices to address fatigue and rest more efficiently, the mention of traffic, bad weather, and detention time belied the claim as the FMCSA’s justification for their proposed changes to the hours-of-service rules.

In another petition from the CVSA, it requested that FMCSA reconsider language in the final rule connected to adverse driving conditions, existing hours-of-service exemptions, and the use of personal conveyance that CVSA says will become inaccurate when the final rule goes into effect at the end of September.

But even with the opposition and petitions, the FMCSA still intends to put the changes in motion as planned.